Mornings are the busiest part of our day.  As I rush around reminding each kid of what they have left to do to get ready, I try to do various house chores.  I usually clean when I come home from work or school but throughout the night the kids get up and roam through the kitchen, Hailee may have an accident and change clothes, they secretly create a fort… whatever the case, there is always more work in the morning! A few days ago while we were in our morning rush my 4 year old daughter Hailee decided to change her clothes and leave them in the floor.  Fet up, I told her that she needed to pick her clothes up and walk them to the laundry hamper.  Then I continued to lecture her about how she needed to start taking care of herself because no one was going to clean up after her when she got older hahaha, I realize now how crazy I sound.  Well it turned out that Hailee took my words to heart.  Yesterday she made her own lunch, cleaned up her own messes all day and then she decided to make me dinner. 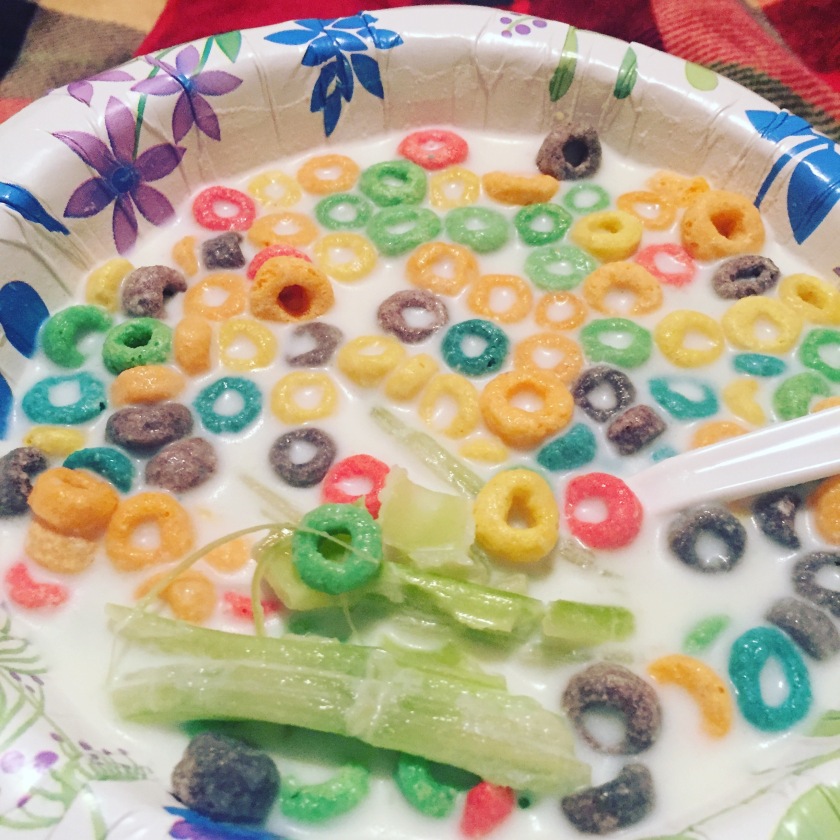 She calls it lettuce soup.  It has celery, fruit loops, and milk in it.  She stood there with this super excited face just waiting for me to take a bite. So I did, I really did.  Oh my goodness, the things we do to make our children happy.  Needless to say, I won’t be giving Hailee anymore lectures until she learns her way around the kitchen. 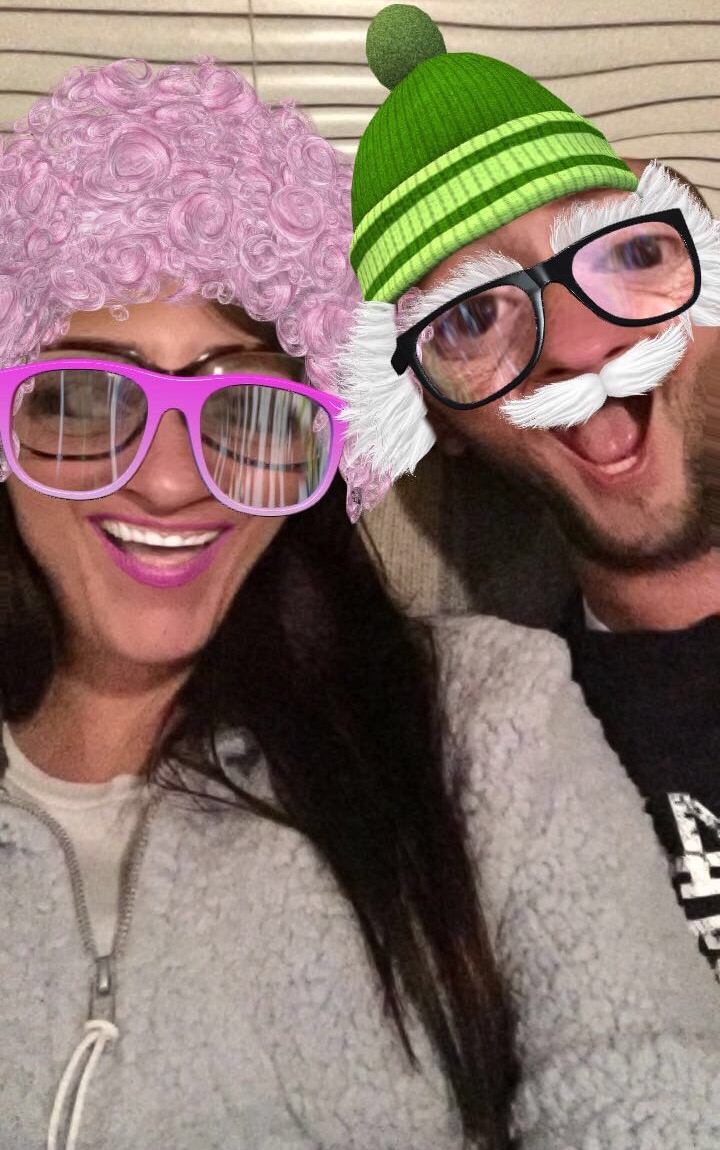 I get two weekends out of the month to myself while my kids go to their dads.  Thankfully I have a pool full of friends to hang out with during me time.  This weekend I’ll be with my pals Jacob and Colton.  They are pretty much the coolest guys you could ever meet!  However that also means I have to clean my house… I don’t realize how crazy of a mess my house gets until I decide to have company over.  I need some quick clean up tips… I’m too exhausted to actually have this social life thing going on.

On top of trying to get my house clean I’m running around like a chicken with its head chopped off after my children.  This morning 10 minutes before we were supposed to leave the house for school my 10 year old daughter comes to ask me if she can wear something different.  I asked why and she says, “Well because today is 50s day and I’ve signed up for a sock hop”. So panic mode set in and I ripped through her closet like a maniac trying to piece something together last minute 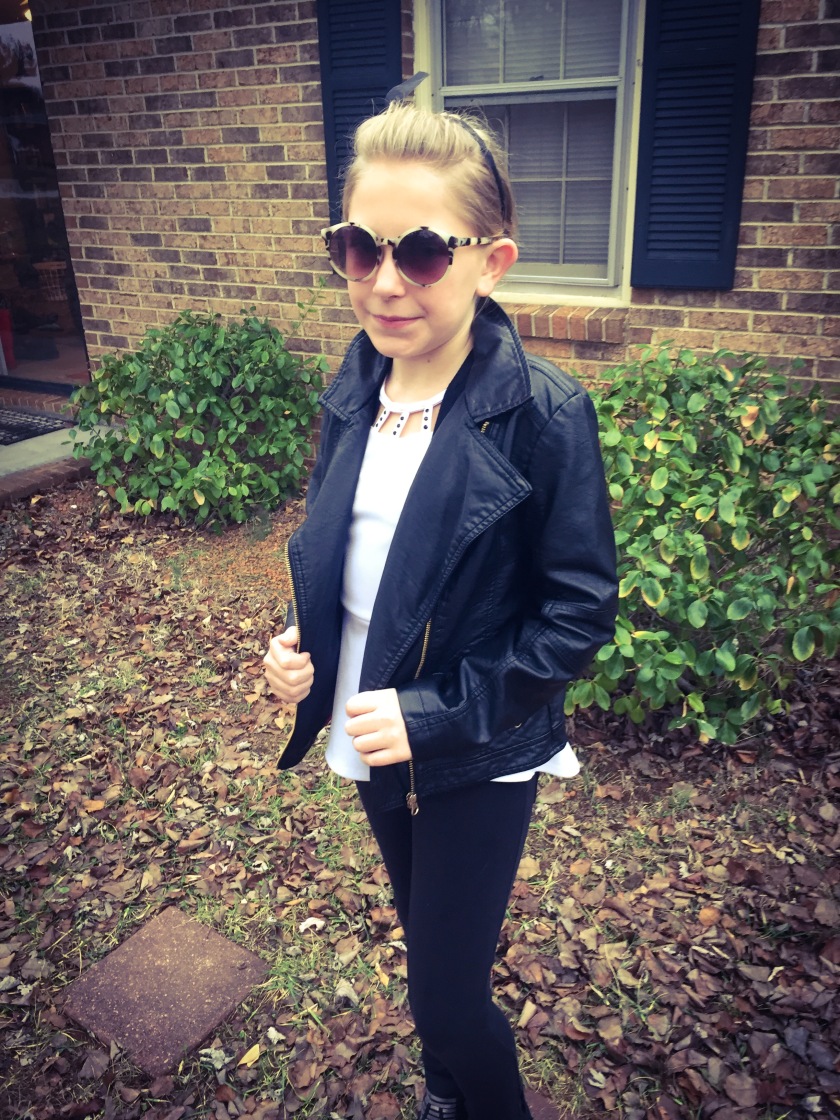 For a last minute outfit, I’m pretty impressed with my bad self… feeling like supermom at the moment but I’m sure when they come home this afternoon I’ll be brought back down off my high horse during some everyday fiasco.  But for now I’ll live in the moment and applaud my small successes! 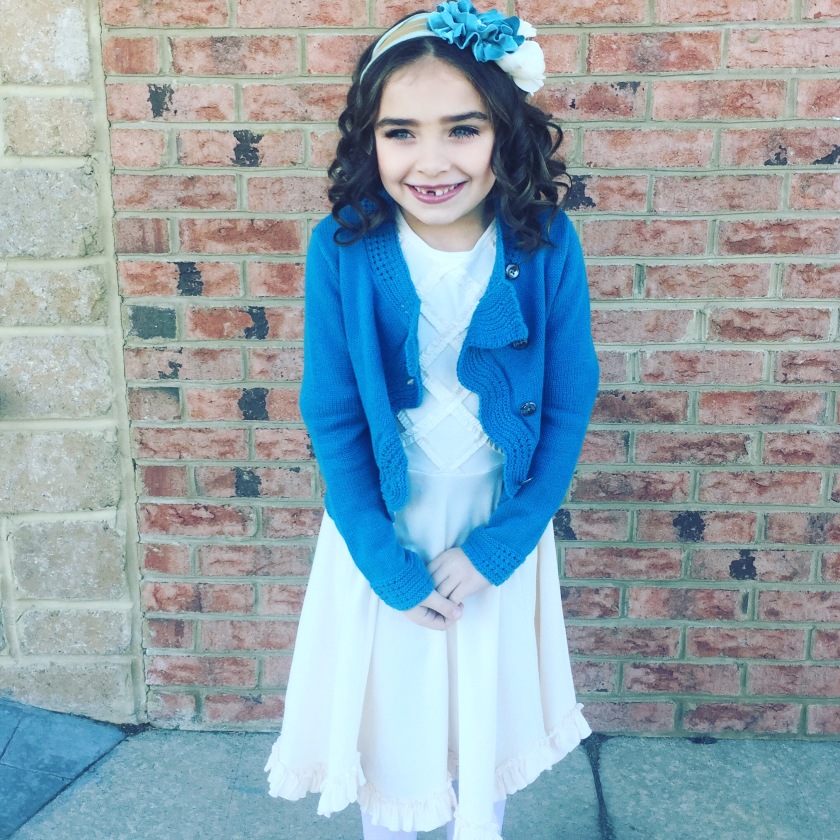 For the past several years I’ve been thinking about how to build my children’s college fund while staying financial stable at the same time.  About a year ago I saw opportunities in Atlanta, 3 hours from where I live, for acting and modeling.  My oldest daughter started working as a background artist shortly after.  Then was offered a job doing a photo shoot for the same show as one of the main characters younger version.  It brought it a good chunk of cash to start her savings account and since then I’ve been looking for work for my other daughters.

Our snowy weekend inspired a photographer that was offering model experience to do a snow shoot.  It was a chance to start investing in my middle daughters future so I dressed her in warm clothes then carried a big thick blanket to the shoot.  It only took about 5 minutes for the entire shoot and she did great!  She now has an audition we are going to on Tuesday night! I’m excited to see what the future holds for her and hopefully her college fund will grow! 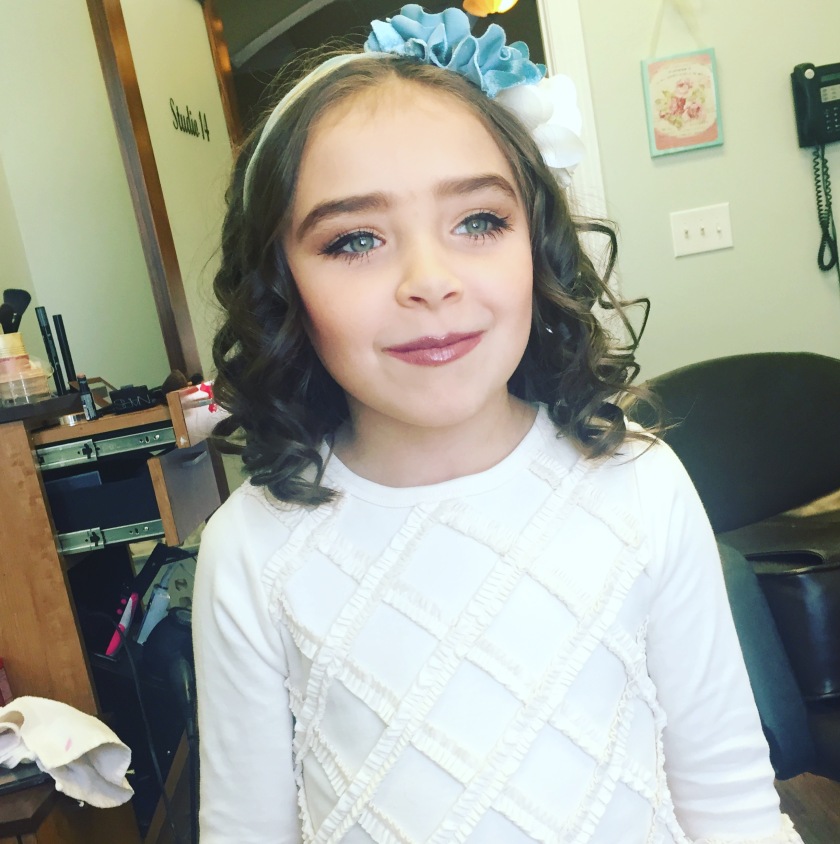 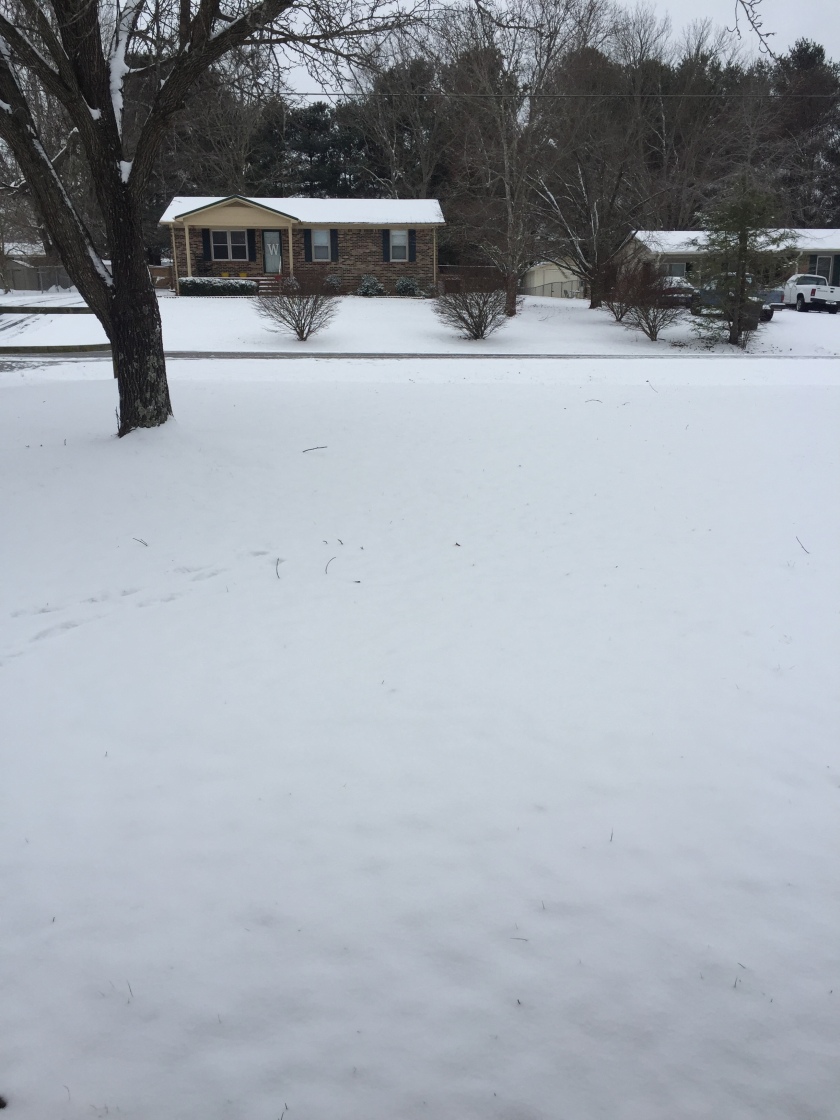 We finally got our first snow of the season and my kids got out of school.   They woke up to a beautiful winter wonderland, wanting to run out and make snow angels, build an igloo, construct a fort to have a full on Jack Frost war. However just because school was cancelled doesn’t mean work was, and being a single mom I had to take my kids to work with me.  Luckily I work somewhere that understands my situation with the girls… my boss is my momma and luckily I have extremely incredible kids who mind their manners.  They have a pretty good set up at the office, they have the kitchen with all the yummy snacks drug reps bring, the waiting room with a tv and playset and then they have 2 exam rooms we don’t use that they play doctor in.

Maleah and Hailee don’t play well together.  Feel free to offer any advice that would help them get along.   Neither of them fight with Kali.  Neither of them have feuds with anyone else, but when they get together every look, every breath, every movement becomes a declaration of war!  We were getting close to closing, there were 2 patients in the exam rooms and 1 in the waiting room, that’s when I heard Maleah  shriek.  I marched to the kitchen to see what the fuss was about and apparently Hailee was pushing her.  After interrogating Hailee she stated that she was just throwing trash away and Maleah was guarding the trash can… “Ok, hands to yourself girls”.  What’s really weird is that they love to play together, they CHOOSE to play with each other when they don’t have to.   After a few more nonsense bickering I decided to wear them out…. I know what you’re thinking, no I didn’t spank them (I only resort to that if I feel they harmed someone or were doing something to harm themselves).  I’m not completely against spanking but I’m not completely for it either.  I feel that my kids learn their lessons better when a lesson is actually taught instead of spanking a lesson into them which only works to a certain extent of them learning out of fear.  I feel that time out, and talking things out after they’ve cooled down works the best.  They understand the WHY is punishment.  Anyways, when I say I decided to wear them out I mean physically hahaha I told them that between patients we should go to the stairwell and jog up and down for fun.  As an adult that sounds like the opposite of fun but to a kid it was just their cup of tea and I figured they were starting to fight because they were board so why not wear them out 😋. 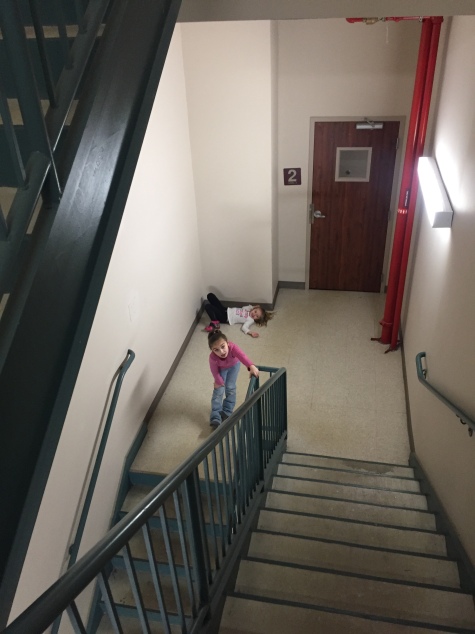 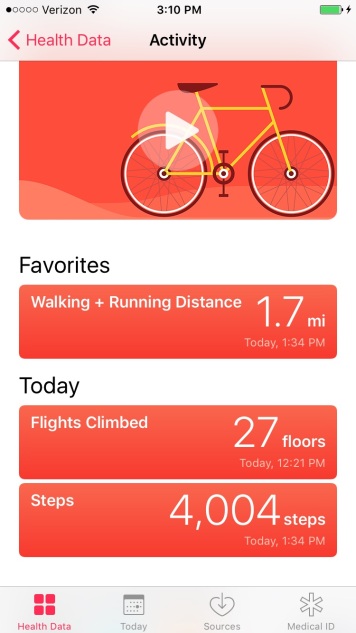 When the work day was finally over we went home, got in our pjs, made homemade popcorn, hot chocolate and watched movies based on true stories… we basically cried the entire night haha but they loved it.  This single mom thing, it works for us.  I love our girl time, I love having them at work, I love being able to do whatever I want to do when I get home, I love watching chick flicks… I love being single!  One day someone may come along that makes me feel at home with them, until then I’ll keep enjoying my time with my girls ☺️

Growing up on 100 acres of land I had this special spot. My siblings and I discovered what would become our playground, safe haven, and above all our secret hideout. While playing outside one afternoon, we invaded the woods that edged the top of a hill. The area overlooked about 20 acres, including our home and the road we lived off. There was a tree that had been struck by lightening, giving it this bent shape which was perfect for sitting. My brothers sat atop this tree as the lookouts and spy’s while I decided to clean our new “home” by gathering fallen leaves and branches. As I swept the leaves together with my hands I noticed something sparkle. I moved more leaves to get a closer look, it was GOLD!!! Or so I thought at the time, turns out I found glittery gravel that people used back in the day for driveways. I alerted the lookouts and we quickly became treasure hunters for the day, whipping off our socks to shove the best looking rocks into them and smuggle them home for safe keeping in our underwear drawer. This place quickly became our new favorite place that we titled The Golden Rocks. It’s been 20 years and I still find myself wanting to runaway to hide, be alone, and think at my secret hideout. I’m a 28 year old single mother of 3, working full time while going to school full time… who wouldn’t want to run away? Writing down my trials, feelings, and experiences seems to be the best escape I’ve discovered so far, I figured the best way to get feedback and give out advice would be to create a blog. So here I have it my online Golden Rocks 😄.

This is a text widget. The Text Widget allows you to add text or HTML to your sidebar. You can use a text widget to display text, links, images, HTML, or a combination of these. Edit them in the Widget section of the Customizer.
Loading Comments...